Pruvit Keto//OS Review 2019 - Is Keto Os the real deal? Will it ACTUALLY help you lose weight? We DEEP DIVE into it and show you what we really think.

When I first started on the Ketogenic Diet, the keto supplement market is nothing like it is today. Being a Keto cookbook author, I really didn't see the need for them at first.

Boy was I wrong! I wish I started using them before, because it would have made getting into and staying in ketosis so much easier.

If your looking for an exogenous keto supplement, you know that Keto OS is one of the most popular products in the industry.

So you might be wondering "is Keto//OS worth it, or is it an overpriced scam product?", "is it safe to use" or "what are the side effects?"

Well I hate to keep you in suspense, but you'll have to keep reading for a full explanation!

Quick Navigation
Pruvit Keto//OS Review - Is It Worth It?
Exogenous Ketone Supplement Buyers Guide
What Is Pruvit Keto//OS?
What Are The Benefits of Keto//OS?
Can Help You Reach Ketosis Quickly
May Help You Lose Weight
Can Help You Beat The "Keto Flu"
May Prevent Effects of Aging on The Brain
Can Help Endurance
My Experience On Pruvit Keto//OS
What Do Other People Think? Keto OS Before and After
What's Inside of Keto//OS?
How does it taste?
Keto//OS MAX vs Keto//OS
Charged vs Non-Charged Keto OS
Pruvit Keto-Kreme
Overview of Keto//OS flavors
How Does Keto OS  Compare To Others?
Keto OS vs Perfect Keto
Keto OS vs KetoSports Keto Force
Keto//OS Side Effects - What Are They?
Where Can You Buy Keto OS?
Pruvit Keto OS Review Summary

Exogenous Ketones are great to use if you are looking to get in Ketosis quickly. After all, who doesn't want more energy, focus and control over their cravings?

But before you buy a ketone supplement you should ask yourself the following questions:

Remember to treat exogenous ketones as a tool, and not a replacement for a clean Ketogenic Diet - see here for the best Ketogenic Cookbooks

What Is Pruvit Keto//OS?

Pruvit Keto OS is one of the first Keto supplement's I tried.  Keto OS, stands for “Ketone Operating System,” it is an exogenous ketone drink that comes in a variety of flavors.

Keto OS is a powder that comes in both bulk containers and “On-The-Go” (OTG) convenience packets. One serving is meant to be mixed with 12 to 16 ounces of liquid and taken once or twice a day for "optimal performance"

The long-term effects of exogenous ketone supplements are still unknown. There needs to be more research before potential risks and benefits of Keto supplements can be fully understood.

Research on exogenous ketone supplements is limited at this time, and studies on their potential risks and benefits are ongoing.

What Are The Benefits of Keto//OS?

The main benefit of Keto//OS is the claim that it will allow you to get to a nutritional state of ketosis within 60 minutes of consuming the drink. But what does this mean to you?

Can Help You Reach Ketosis Quickly

This can help you enter a state of Ketosis which has been associated with many beneficial effects such as greater appetite control, weight loss and protection from diseases such as diabetes.

May Help You Lose Weight

Studies have shown that n increase in ketones in the body have been linked to a reduction in appetite. Therefore supplementing with an exogenous Ketone like Keto//OS can be potent way to reduce your appetite.

Can Help You Beat The "Keto Flu"

I always thought that the "Keto Flu" was something that you always had to deal with when trying to get back into Ketosis. The Keto Flu are symptoms such as nausea and fatigue that can occur when you first start a Ketogenic Diet. By raising ketone levels, Keto OS can help overcome those symptoms.

May Prevent Effects of Aging on The Brain

Exogenous ketones have been shown to  help improve mental function in numerous studies. One promising area that is being researched is people with Alzheimers disease. An increase  BHB levels in these memory impaired adults lead to an improvement in cognitive performance.

Exogenous ketones have been shown to help athletes run farther than athletes who drank carbohydrates or fats. This is because being in Ketosis can help prevent the depletion of glycogen levels, which means Keto OS can help you run longer and work out for longer periods of time.

My Experience On Pruvit Keto//OS

Keto OS was the first exogenous ketone supplement I took. I was skeptical at first because I thought that getting into Ketosis could only be done through following a strict Keto diet.

I ordered a few different flavours just to see which one I liked the most because I read reviews that people didn't like the taste. I am not a picky person, so the flavor really didn't bother me much.

The first time I drank Keto OS I wasn't on a strict Keto diet, but I immediately noticed a difference in my energy levels and focus that I would get when I was deep in Ketosis.

This got me excited, because once you are in Ketosis it is much easier to stay in Ketosis. So I continued taking Keto OS for the next few days while I ate clean, and my transition felt much, much easier than it ever was before.

From that point on I would supplement Keto//OS to go along with my diet to help me get into nutritional Ketosis whenever I got knocked out or needed extra energy.

What Do Other People Think? Keto OS Before and After

Here are some inspiring results other people are getting from Keto OS: 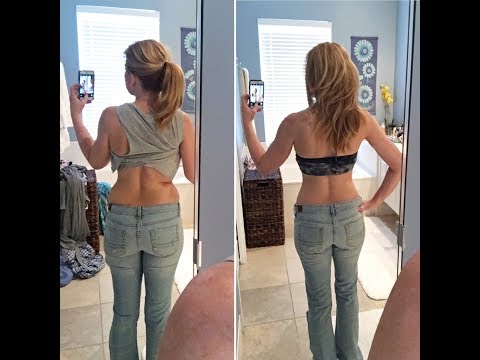 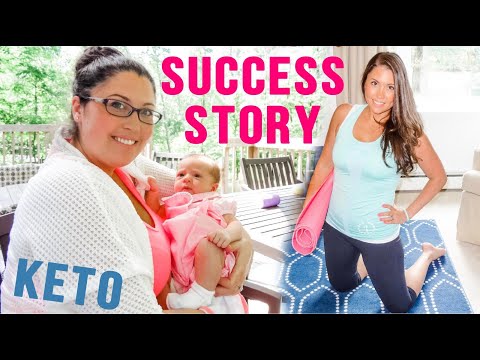 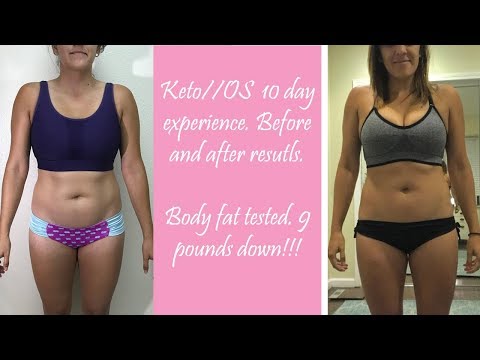 Joe Rogan is a fan of Keto OS, see what he has to say: Joe Rogan on Keto OS

What's Inside of Keto//OS?

Pruvit Keto OS contains stevia, inulin, xanthan gum, and erythritol to improve its flavouring. Depending on what flavour you select, it also contains 3-5 grams of carbohydrates.

The main ingredient is beta-hydroxybutyrate (BHB), however the exact amount is unknown as it is part of their proprietary blend. The Orange Dream flavour also contains dairy, so be sure to avoid that if you are cutting dairy out of your diet.

Keto//OS contains a caffeine-free and caffeinated (Charged) option for those that like an extra kick in their drinks.

How does it taste?

Despite the sweeteners, the taste in Keto//OS does take some getting used to. Exogenous ketones don't taste great to begin with, and the sweeteners aren't able to completely mask the taste.

Don't get me wrong, it's not undrinkable, but it does tend to have a noticeable aftertaste thanks to the Inulin and Xanthan Gum. I did, however, quite like the Orange Dream because it reminded me of orange ice cream.

There are four different flavors to choose from: Raspberry Lemonade, Chocolate Swirl, Maui Punch, Orange Dream, and Swiss Cacao. What I recommend is trying out the different flavours so that you find which you like best.

I chose the Maui Punch as my first flavour and really didn't enjoy it. Luckily I had only bought a couple of packets. What I eventually did was to add it to my smoothie and it tasted fine.

Keto//OS Max is the premier version of the Keto OS. Unlike the standard Keto OS  it has no MCT. It was designed to help the body absorb 40% more BHB and reach a more efficient state of ketosis more quickly.

Keto OS Max also has a higher fat content to help you maintain the state of ketosis for longer.

As you've already guessed, the 'charged' version is the caffeinated Keto OS, while the non-charged is the decaffeinated one. The charged version has as much caffeine as you would get from a cup of black coffee, so it's a pretty good stimulant for those who are in need of better mental alertness.

The Pruvit Keto-Kreme is different from the standard Keto-OS in that it doesn't have BHB in it. Pruvit does claim that it still helps the body achieve a state of ketosis, and assists in fueling the brain with sugar but without the added caffeine. In a sense, Keto-Kreme is the coffee creamer version of Pruvit's Keto Line.

It contains Ceylon cinnamon, coconut shortening powder, Stevia, and MCTs. Technically, it doesn't have any exogenous ketones, and it doesn't jump start ketosis. It helps with digestion and so helps your keto diet to be more effective.

The Ceylon Cinnamon in the mix helps to regulate your blood pressure and improve brain activity. I used it to replace cream and sugar in my morning coffee. It can also be mixed with other Keto-OS drinks to improve their taste.

How Does Keto OS  Compare To Others?

Let’s take a look and see how Pruvit Keto//OS stacks up to the competition:

Perfect Keto is one of Keto OS's biggest competitions. That is because Perfect Keto in a Beta-hydroxybutyrate salt supplement like Keto OS an can be mixed in any type of liquid.

Perfect Keto also comes in 5 flavours (as of this writing) and has a lot of fans online due to its tasty flavours. It’s BHB formula is also high quality and people also had good results in getting into Ketosis quickly.

KetoSports Keto Force is a liquid form of exogenous ketone body beta-hydroxybutyrate (BHB) which makes it different than Keto OS and Perfect Keto. While Keto Force doesn’t have the advertising budget of a Pruvit Keto OS or Perfect Keto – it does it's job.

But like the others, it also needs to be mixed into a drink (or be taken like medicine, with your nose plugged). As you might imagine, Keto Force doesn't taste anywhere as good as Keto OS.

However Keto Force is a bit cheaper than Keto OS, so it can be a less expensive alternative.

These are two of the most heavily promoted keto brands around. They both make similar claims, but Pruvit is taken in drinks verses Purefit which is taken orally by pills.

Both costs about the same amount, but Purefit is slightly cheaper out of the two per serving.

Keto//OS Side Effects - What Are They?

Keto//OS just like any other supplement, should be taken in consultation with a family doctor. Especially if you have any medical conditions such as diabetes, as ketone supplements like Pruvit Keto OS can reduce blood sugar levels. What are the other potential side effects?

Where Can You Buy Keto OS?

Keto OS is a little different than most of Keto products as you must sign up to be a distributer first on their website first. This multi-level-marketing aspect of Keto//OS can be a turn-off for some, and an opportunity for others.

Yes you can also buy it here on Amazon, but it more expensive than buying it directly from the Pruvit Keto OS website.

Pruvit Keto-OS is a really good exogenous ketone supplement. I had a good experience using the product and I think it will benefit other people. So you are looking to get energy, lose weight and control your appetite Keto OS should definitely help you reach your goals