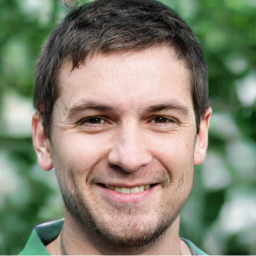 Sticking to the principles of veganism and ketogenic diet sounds like a match made in heaven.

But with the strict rules that come from both sides, is the vegan ketogenic diet even feasible?

One of the biggest difficulties in transitioning to any kind of diet is saying farewell to some of the foods you are used to eating. You might have to settle for substituting ingredients for diet-compatible alternatives and you might sacrifice flavor and/or texture along the way.

What if you are fully convinced that the low-carb way is indeed the way to go and you absolutely don’t want anything to do with your animal friends?

It would be quite the sacrifice for sure and literally twice the challenge if you are starting from a very casual lifestyle where you don’t think twice about what’s on your plate.

The trick is to not think about the challenge but to keep in mind that having a vegan ketogenic diet is indeed possible.

The more you think about what you won’t be having under this diet, the less motivated you will be to make changes. What you want to do is the opposite and the best way to build up your motivation is to have a slow and steady transition.

The most comfortable transition away from meat products is to go for the soy-based substitutes and those cleverly crafted “fake meats” that are normally made of eggplants, onions and all sorts of fancy spices and sauces to give off those amazing flavors.

Many folks in the ketogenic vegan community recommend Quorn’s Vegan family of products and Field Roast products but be sure you don’t lose count on your carb intake.

Also make sure that the ingredients of these meat substitutes don’t include egg whites.

Taking the time to read the nutrition facts is crucial to being a true vegan without cheating.

If you want to stay away from soy, the answer lies in protein powders, nuts and seeds.

What you want to target is a protein powder that offers not more than 4 grams of carbs per serving.

It might take a few trials and errors to find the one you want as some contain artificial sweeteners.

Also stay clear of the ones that are made from egg whites.

From Vegan to the Vegan Ketogenic Diet

Without meats and their derivatives in the equation, it could be difficult to imagine what life would be like if you had to narrow down that plant-based diet even further.

It might sound really hard to figure out at first but once you have figured it out, that limited selection will inspire you even more to try out interesting combinations and dishes to make your keto vegan lifestyle more enjoyable.

Because you have fewer food choices, you are less likely to make mistakes in fitting everything into your macros.

Plant-based foods sound cleaner compared to fatty salty meats and it has the nutrition facts to back things up too but that doesn’t mean ignoring meats and dairy products will suddenly make you a healthy person.

Each of the plant-based foods have their own nutritional values and having too much of something could throw you right off and you might not get the weight loss benefits you wanted even after a considerable period of time.

A typical vegan diet is still very heavy on carbs and that could still lead to some adverse health effects.

Vegans still have to strategically plan things to avoid those pitfalls. By implementing a ketogenic rulebook without sacrificing the vegan principles, you can take a very narrow and sure path to a healthy diet.

Going from vegan to ketogenic vegan is easier said than done.

The “easier said” part can be viewed as good news to some degree because you are only taking away some vegan choices rather than adding new ones (assuming you are very familiar with the vegan selection).

It is more on changing quantities of the keto-friendly stuff to fill in the missing gaps.

To kick things off, all grains must go! That includes any food made from rice, wheat, barley, cornmeal or oats.

Even a tiny amount of grains will put you over your strict carb allotment in no time. This also includes pasta, tortillas, oatmeal and all forms of breakfast cereals.

But don’t think that your baking days are over because you can make some really healthy low-carb vegan treats using almond flour, coconut flour, hazelnut flour, flaxseed flour and psyllium powder.

Nuts have to take a more central stage in the vegan ketogenic diet because most of them contain roughly 5 grams of carbs and around 6 grams of protein for every ounce.

They also have high amounts of healthy fats so you are sure to feel full after a typical serving.

The actual figures can vary though giving you all sorts of possibilities when planning your macros.

Walnuts, macadamia nuts, brazil nuts and pecans all have less than 2 grams of carbs.

Almonds are a little bit heavier at close to 3 grams of carbs and have slightly fewer grams of fat.

Although nuts are anti-inflammatory and have plenty of good nutrients, some of the variants can be more salted or roasted in an oil.

The delicious taste might tempt you to chow down on more nuts than you should. Do your best to moderate your intake or else you’ll end up taking in more calories and carbs than you should!

Watch out for packed shelled peanuts that rely on gelatin as an additive. Those types of peanuts are not vegan friendly.

Seeds are also like nuts in the sense that you might be tempted to overeat them, which can hinder weight loss due to the high calorie content.

For carb counting, flaxseed is on the top of the list with about a half gram of carbs per half ounce serving.

Hemp seeds are a close second containing 1.3 grams per ounce and chia seeds with 1.7 grams of carbs.

Chia seeds are higher in fiber though. Remember that fiber doesn’t interfere with ketosis since it isn’t digested.

Transitioning to the ketogenic diet also means giving up some veggies.

You can preach all the health benefits these natural wonders give, but on the ketogenic diet carbs will always be the deal breaker.

Several of these foods contain starch which is a big no in the ketogenic world.

You are going to want to avoid potatoes, corn kernels, all forms of squash, peas and even beets.

A cup of raw carrots has about 9 grams of carbs and rutabagas is slightly lower but it is still better to avoid than accidentally eating too much.

The good news for vegans is that all other low carb veggies are very much fair game but for fruit lovers, prepare for a lot of sacrifices.

Does Fruit Have Carbs?

Yes! When following a keto diet, you will have to give up most fruits.

You can have berries in small quantities, such as blackberries, raspberries, strawberries and blueberries.

Avocados are the main fruit to eat on a keto diet.

No need to fret because avocados are amazing fruits! They have potassium, copper, folate, fiber, magnesium, Vitamin C, Vitamin E, Vitamin K and more B vitamins than a typical fruit.

All that comes just 2 carbs per 100 grams and loads of healthy fats!

In addition, avocados are effective in controlling hypertension. Doctors will tell you that other fruits like bananas and grapes are good for you but it’s the sugars that can interfere with your ketogenic momentum.

Sugar is responsible for raising blood glucose levels Therefore, you need to avoid 100% fresh fruit juices as well as jams and dried fruits.

Stick to the drinks and beverage ideas mentioned earlier.

The Secret to a Smooth Transition

No matter what you are transitioning from to the ketogenic diet, you are going to hit some speed bumps along the way.

Suddenly subtracting your favorite foods is by no means an easy task and suddenly forcing yourself to do so isn’t going to be all that fun.

The trick is to get comfortable with the foods you need to eat and not worry too much about the carbs and macros just yet.

If you are not familiar with some of the foods and ingredients, experiment and discover your favorites and once you have a good habit and recipe selection going, you can start planning your carb intake and slowly take away the high-carb foods or the non-vegan foods.

In a nutshell, the ketogenic diet is low-carb and lots of fatty meats while the vegan diet is traditionally high-carb and no meats.

When you put these two contrasting diets together, you are shooting for low-carb and no meats or dairy. If that is still a scary start, consider these summary guidelines.

• Keep your daily carb allowance below 50 grams
• Keep your daily fiber allowance between 25 to 35 grams.
• Keep your fat consumption between 50 to 60 grams.
• Keep your daily calorie count within the 1,400 to 1,500 range.
• Feel free to conduct short-term experiments to get a feel of the transition
• Have enough protein to encourage muscle mass buildup but not too much to kick yourself out of ketosis.
• Stay away from starchy plants and sugary fruits
• Have a steady supply of vegan supplements (Vitamin B12 and D are the most important)
• People younger than 18 years old should avoid the vegan ketogenic diet.

The vegan ketogenic diet is not a diet you want to rush and you can expect the typical temporary side effects associated to ketogenic and vegan diets if you are not used to one or the other.

This is why a slow transition is recommended as it will get you fully acquainted with the foods that matter most.

With some determination, consistency and patience, your body should get used to the diet and from there on out, you can enjoy the best of both worlds.

All that hard work will be worthwhile and you can let your creativity with the available foods and ingredients shine as you come up with lots of very unique and highly healthy recipes.

Subscribe to our newsletter to keep up with the latest trends!